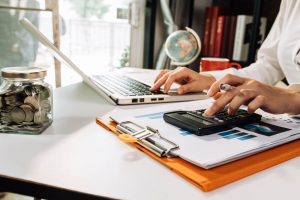 On 23 February 2022, the ATO issued a raft of documents targeted at trust arrangements. One of these documents, ‘TD 2022/D1’, sets out the Commissioner’s view on when an unpaid present entitlement (UPE) or amount held on sub-trust will become financial accommodation. The view set out in this draft determination is a significant shift from what was expressed earlier by the ATO in TR 2010/3. It is therefore useful to first briefly consider how the Commissioner’s view has evolved over time.

Prior to 16 December 2009 and the release of TR 2010/3, UPEs owing to corporate beneficiaries were not considered to be loans for Division 7A purposes. Subdivision EA of Division 7A effectively dealt with loans from trusts to shareholders and associates where there was a subsisting UPE to a company, however the UPE itself was not within the scope of the deeming provisions of Division 7A.

TR 2010/3 extended the scope of the meaning of a ‘loan’ for the purposes of section 109D of Division 7A on the basis that UPEs were considered ‘financial accommodation’. This ruling effectively put an end to trusts distributing income to ‘bucket companies’, leaving the funds unpaid and effectively capping the tax on the trust income at the corporate tax rate.

PSLA 2010/4, which accompanied TR 2010/3, did however provide the option of placing UPEs on ‘sub-trust’ arrangements whereby repayments could be made over 7 or 10 years on an interest only basis. The difficulty with sub-trust arrangements is that they have been maturing since the 2017 year. To fix this issue, the ATO released PCG 2017/13 to allow for maturing sub-trusts to be placed on 7 year complying Division 7A loan agreements. PCG 2017/13 has been amended each year since 2017 to accommodate sub-trusts in subsequent years.

TD 2022/D1 effectively puts an end to sub-trust arrangements. It is now the Commissioner’s view that where a sub-trust arrangement is created but funds are inter-mingled with the general trust funds, this will amount to financial accommodation and the UPE will be considered a loan for Division 7A purposes. This is a significant departure from PSLA 2010/4 which allowed sub-trust funds to be reinvested and used for the trust itself as long as interest was charged on the sub-trust funds.

The timing on when Division 7A obligation arises pursuant to TD 2022/D1 will be important. The determination states that a UPE will amount to financial accommodation and will therefore be a loan as soon as the corporate beneficiary has knowledge of the UPE but does not demand payment of this.

For example, where a year end distribution is resolved on 30 June 2022, the corporate beneficiary would likely have knowledge of the UPE on that date itself. A deemed loan would therefore arise on 30 June 2022 and will need to be either repaid or placed on a complying loan agreement by the lodgement due date of the 2022 company tax return, likely May 2023.

In contrast, PSLA 2010/4 would deem the UPE to be converted to a loan in the 2023 year which would need to be placed on a loan agreement by the lodgement date of the 2023 tax return, likely May 2024. Accordingly, the approach in TD 2022/D1 requires action to be taken in relation to the deemed loan a year earlier.

If you have any queries in relation to the above please contact Gaurav Chitnis.