Tax Traps for Subdivision of Land 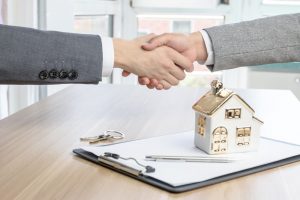 Tax Traps for Subdivision of Land

As property prices go up across Australia, subdivision of land becomes a financially attractive undertaking for “mum-and-dad investors”. Unfortunately, there are potentially complex tax issues involved that taxpayers may not be aware of until the Australian Taxation Office (ATO) comes knocking.

It is not uncommon for taxpayers to assume that any profits they generate from the sale of subdivided blocks of land are either tax-free because they used the land (before the demolition of the old building) as their main residence or are taxed as capital gains. This is not necessarily the outcome for many cases. A case in point is the recent Administrative Appeals Tribunal (AAT) case, McCarthy and FCT [2021] AATA 1511.

The taxpayer and her husband purchased a residential property in Western Australia at auction for $675,000 as joint tenants on 27 August 2016. The Taxpayer and her husband then lodged an application for approval of a plan for the subdivision of the Property into two lots to the local council on or about 10 November 2016 (less than 2 weeks after the settlement). The plan for the subdivision submitted for approval was dated 21 October 2016 (around 2 weeks before the settlement).

The taxpayer and her husband then applied for a private ruling to the ATO through their tax agent on the income tax implications of the sale of the lots. The ATO ruled that the profits from the sale of the lots were assessable as ordinary income under section 6-5 of the Income Tax Assessment Act 1997 (ITAA97), being an isolated transaction carried out for profit and commercial in nature.

As such, the taxpayer and her husband had to pay tax on the full profit rather than 50% of the profit under the Capital Gain Tax (CGT) provisions.

The taxpayer then took the matter to the AAT after her objection to the assessment was disallowed by the ATO.

The AAT upheld the ATO’s assessment and held that the profits were ordinary income under section 6-5 of the ITAA97. The AAT found that, at the time of the purchase of the property, one of the taxpayer’s purposes for the purchase was a potential profit by subdivision and sale and that it was a not insignificant purpose. In particular, it was significant that the subdivision activities were undertaken shortly after the auction.

Ultimately, the Taxpayer failed to convince the AAT that it was her original intention to keep the property as a rental investment but had to sell as she could not afford to keep it. That is, the taxpayer was unable to provide any calculation, enquiry or action as a support to her intention.

The case demonstrates the importance of having proper tax advice in advance, before the purchase, and certainly before any subdivision activities are undertaken to ensure that proper documentation of the facts supporting the intention of the taxpayer is in place. For example, the taxpayer could have demonstrated how much rental they could earn after renovations, how much such renovations would cost and other factors that may have influenced their decision to abandon that original intention and sell the property.

Generally speaking, the longer a taxpayer keeps the property, the better the argument that a property was held with the original intention as investment. Though, this in itself would not guarantee that the ATO will always be satisfied with the taxpayer’s purported intention

If you have any queries about the income tax implications of subdividing a property, please contact Peter Hong.