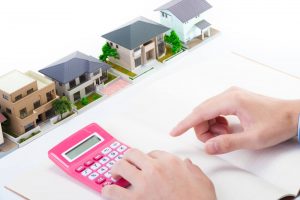 The re-introduced legislation to remove the Capital Gains Tax (CGT) main residence exemption for foreign residents has been passed by the Parliament on 5 December 2019 and is now awaiting Royal Assent. The proposed legislation was originally introduced by the Government in February 2018 but had lapsed after the 2019 Federal election was called. Any hope that the Parliament may reconsider the controversial policy has now been dashed.

Under the previous rules, the CGT main residence exemption was available for foreign residents provided that they satisfy the relevant requirements. This exemption is particularly useful for Australian expatriates who still keep their residence after leaving Australia. Upon the sale of the property, foreign residents may be able to claim either full or partial exemption on any capital gain made.

However, under the new legislation, an individual who is a foreign resident at the time of the sale of the main residence will be subject to full CGT on the capital gain made. This applies regardless of how long they may have used the property as their main residence or how long they were a tax resident of Australia. There will be no apportionment at all, you are either in or out.

Consider a not uncommon scenario where a former resident of Australia, who has established a house in Australia as their main residence, moves overseas for work or family reasons and becomes a non-resident. They may have owned and lived in their house for 20 years, it clearly qualifying as their main residence, but take up a 3-year posting overseas, with their family. Whilst overseas, for whatever reason, they decide to sell their former home. Under these proposed amendments, they get no exemption for the previous 20 years of the property being their main residence, and pay CGT on any capital gain made on the property (after allowance for the pro-rata CGT discount for the period they were a tax resident of Australia). By any measure this is unfair and retrospective, in that the current tax residency position of the taxpayer dictates the way the entire 23 years of ownership of the property is treated.

As a final note, a transitional provision is available to push back the application date to 1 July 2020 for properties that were held or acquired before 9 May 2017 (when the policy was first announced by the Government during the Federal Budget announcement). This provides a window of opportunity for those who may be adversely affected by the new legislation to seek tax advice and make an informed decision accordingly. The extended application date, however, does not apply to properties acquired on or after 9 May 2017.

If you have any queries on how the new legislation may affect you or your clients, please contact Peter Hong.