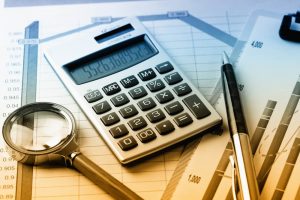 As you may be aware, the original instant asset write-off threshold was due to revert back from $20,000 to $1,000 effective 1 July 2019. However, the Government announced on 29 January 2019 that it would extend the concession for another year and increase the threshold from $20,000 to $25,000. Later, the Government announced a further increase of the threshold from $25,000 to $30,000 effective from 7.30 pm AEDT on 2 April 2019. The increased threshold would also be expanded to medium-sized businesses (e.g. businesses with an aggregated turnover of less than $50 million). The Parliament has since enacted the legislation.

Therefore, the relevant thresholds for the cost of depreciating assets and the aggregated turnover under the new measures can be summarised in the table below:

For those preparing the 2019 income tax returns for their clients, there are three potential thresholds applying in one income year.

To claim the immediate deductions, the assets must be first used, or installed ready for use, for a taxable purpose during the relevant period. For example, if the assets are still in the process of being delivered from overseas by 30 June, no deduction can be claimed until the assets are delivered (which is likely to be in the following income year).

As mentioned above, the concession has now been extended to medium-sized businesses, which is defined as an entity that:

Unlike SBEs that can choose to elect into the Simplified Depreciation Rules to claim the immediate deduction, the rules automatically apply for working out the decline in value of a depreciating asset. However, the rules do not override other specific rules for deductions in Division 40, such as deductions for horticultural plants under section 40-545.

If you have any queries on claiming the instant asset write-off for your clients, please contact Peter Hong.