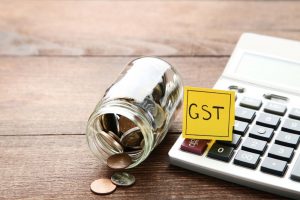 Where a taxpayer has overpaid GST and seeks a refund from the Commissioner, they will have to pass the tests in Division 142 of the GST Act in order to be entitled to a refund.  The concept of ‘excess GST’ is intended to apply to amounts that were treated as GST in a BAS, but were not in fact payable.  Generally, excess GST can arise as a result of a range of circumstances including:

Division 142 prevents refunds of overpaid GST even in situations where a taxpayer has inadvertently treated a supply as being subject to GST when the supply isn’t subject to GST.

Excess GST can be refunded without restriction under Division 142 if it has not been “passed on” to another entity and the refund will not give the supplier a windfall gain.

Where excess GST has been paid, Division 142 of the GST Act provides that the excess GST is only refundable where the GST has not been ‘passed on’.  Generally, a refund of overpaid GST can only be claimed if:

The question of ‘passing on’ is one of fact and not of fairness – considerations of fairness may be relevant in deciding whether the Commissioner exercises the discretion under subsection 142-15(1) but are not relevant to whether excess GST has been passed on.

Additionally, the Commissioner retains a discretion to prevent a refund of overpaid GST if refunding the amount would give a taxpayer a windfall gain.  This can include a situation where the excess GST has been passed on to a recipient, who then claims input tax credits (ITCs) on the amount.  A refund to the supplier would mean that the ATO is short changed as not only has it allowed the recipient ITCs, it would provide the supplier with a windfall gain to the supplier who has passed on the excess GST.

Division 142 is an administrative defence the Commissioner applies in considering whether to issue refunds on overpaid GST.  In any dispute, the taxpayer has the onus of proving that its circumstances are outside the ordinary and that it did not pass on the excess GST.    We recommend that advisors and their clients consider this provision when seeking refunds of overpaid GST as failure to do so can be costly.