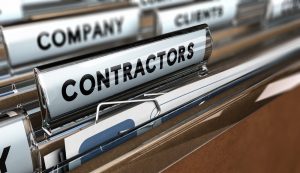 The Personal Services Income (PSI) statutory rules were introduced by the Government in 2000 as an anti-avoidance measure to prevent the ‘alienation’ of an individual’s PSI. The ‘alienation’ of PSI includes splitting that income with other individuals and entities or retaining that income in a company and paying tax at the company tax rate. This is typically done by providing the personal services through a partnership, company or trust. The PSI rules were introduced to counter this practice among contractors.

Where the relevant requirements are satisfied, the PSI rules apply to ensure that an individual’s PSI, derived mainly as a reward for an individual’s personal efforts or skills, is included in his/her assessable income regardless of the terms of the arrangement entered with the third party.

The difficulties in satisfying the rules are illustrated in recent cases, Douglass v FCT [2019] FCA 1246 and Ariss and FCT [2019] AATA 2958, where both taxpayers failed in overturning the ATO’s position. Both taxpayers are professionals, an electronics engineer and IT specialist respectively. In the first case, the taxpayer operated through a partnership of himself and his wife. In the second case, the taxpayer entered into an arrangement where his client paid his fees to a discretionary trust. The trust then split the income 70:30 between himself and his wife. In both cases, it was held that the PSI statutory rules applied to include all of the income received by the partnership and the trust respectively in the taxpayers’ assessable income for relevant income years.

On the other hand, another taxpayer successfully appealed against the Tribunal decision in the Federal Court, Fortunatow v FCT [2019] FCA 1247. The taxpayer, who provided his personal services through a company, obtained most of his work through various recruitment or similar agencies. However, the taxpayer also promoted his services through his active profile on LinkedIn and his marketing by word of mouth at industry functions. Initially, the Tribunal agreed with the ATO that the promotional activities were not enough to satisfy one of the requirements under the ‘unrelated client test’. On appeal, the Federal Court held that the Tribunal misconstrued the provisions, allowed the taxpayer’s appeal and remitted the matter back to the Tribunal for reconsideration in accordance with the Court’s reasoning.

The recent cases above demonstrate the complexity of the rules and we note that the ATO is still active in this area. This reinforces the need to seek professional tax advice in dealing with the PSI regime in general. If you have any queries about the PSI regime, please contact Sean Pearce or Peter Hong.