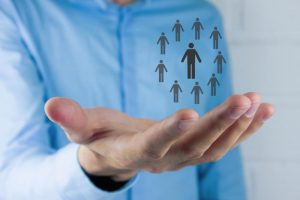 The Personal Service Income (PSI) rules are a perennial issue with tax advisers and their clients. The “statutory” PSI rules are contained within Division 84 to 87 of the Income Tax Assessment Act 1997 (ITAA97) and should be distinguished from the “general” PSI rules that essentially rely on Part IVA and were espoused in tax rulings from as far back as 1984 (IT 2121).

There is a common misunderstanding that once the statutory PSI rules are satisfied and the entity deriving the PSI is classified as a Personal Services Business (PSB), the net income can be split to other individuals or entities either by way of dividends or trust distributions. Nothing could be further from the truth.

Apart from the odd old rulings, the Australian Taxation Office (ATO) only has a brief factsheet on the application of Part IVA in this area. It was therefore anticipated that the ATO’s new ruling on PSI would provide additional guidance on this aspect of the law.

Refer to the ATO website on the application of the general anti-avoidance rules and PSI by clicking here.

The ATO’s new draft ruling TR 2021/D2 on the operation of the statutory PSI rules was issued on 11 March 2021. The draft ruling amalgamates and simplifies the existing rulings in this area, namely TR 2001/7 (on the meaning of PSI) and TR 2001/8 (on the meaning of a personal services business (PSB) and provides an update of the law in this area by taking into account significant court and AAT cases since 2001. Both rulings will be withdrawn when the draft TR 2021/D2 is finalised.

The comprehensive draft ruling provides guidance in the following areas:

Whilst there are no significant departures from the ATO’s current views as contained in the existing rulings, there are some “potentially controversial views” in the draft ruling raised by the professional bodies.

In particular, the draft ruling suggests that a personal services entity (PSE) self-assess the four PSB tests “in relation to each test individual”, indicating that a PSE may conduct a PSB in relation to some individuals who derive PSI through that entity, and not conduct a PSB for others. This view should be made clear and further elaborated upon in the ruling. Given the complexity of the draft ruling, there is no doubt that many more “potential issues” will be raised as more tax advisers digest the content of the draft ruling.

Refer to the joint submission of CPA Australia and CAANZ by clicking here.

The Application of Part IVA to PSI

Importantly, the draft ruling also mentions the potential application of Part IVA where there is a PSB such that the “statutory” PSI rules do not apply.

Specifically, the ATO states that it will seek to apply Part IVA where there are factors indicating that the dominant purpose of the arrangement is to obtain a tax benefit by diverting or splitting an individual’s PSI.

In deciding whether the PSB has engaged in income splitting in order to gain a tax benefit, the following considerations may be relevant:

An example of a situation where there may be income splitting to which Part IVA could apply would be where an independent contractor, conducting business through an interposed entity, is paid substantially less than the market value for their work, and the profit made as a result of paying less than a market value salary is distributed to the contractor’s relatives who are on a lower marginal tax rate, or accumulated in the interposed entity at a lower marginal rate of tax.

Based on our experience providing advice to our Premium Accountant’s Network members, there is a common misconception that the PSB can retain or split the net PSI derived provided one of the PSB tests is satisfied. The ATO’s draft ruling makes it clear that Part IVA can still apply to ensure that most of the PSI must end up on the hands of the main individual.

Although it is not contained in the draft ruling, the ATO has also sought to apply Part IVA to a PSB seeking to offset the PSI against net rental losses based on our past experience.

Unfortunately, the ATO has only dedicated a few paragraphs (out of the hundreds paragraphs) and one out of 40 examples to address this important issue. Further, the updated flowchart only briefly mentions the application of Part IVA to PSI.

Given our past experience of the ATO’s willingness to apply Part IVA in this area, tax advisers will need to consider this issue for their clients.

If you have any queries on the ATO’s new draft ruling or the general or statutory PSI rules in general, please contact Peter Hong.