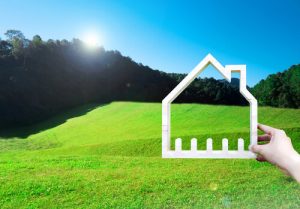 New legislation has now been enacted by the Parliament to deny deductions for losses or outgoings incurred to the extent they relate to a taxpayer holding vacant land. The measure was first announced by the Government in the 2018-19 Federal Budget to address the Government’s concerns that holdings costs (such as, interest expenses, rates, taxes and maintenance costs) for vacant land are ‘improperly claimed’ as deductions by some taxpayers.

Historically, the High Court in Steele v FC of T 99 ATC 4242 held that this type of expenditure was deductible provided the taxpayer could establish the vacant land was held for the purpose of gaining or producing assessable income. This view was subsequently formalised by the Australian Taxation Office (ATO) in the Taxation Ruling TR 2004/4.

The Government was concerned that there was often limited evidence about the taxpayer’s intent other than statements by the taxpayer and the holding costs on vacant land were claimed as deductions for many years without the taxpayer’s taking concrete steps to start deriving assessable income.

In short, taxpayers can no longer claim deductions for losses or outgoings incurred on or after 1 July 2019 that relate to holding vacant land. This is regardless that the land was acquired before 1 July 2019.

However, deductions for vacant land are still available to the extent that they are incurred in:

Further, the new rule does not apply to the following entities:

Additional exceptions were later introduced by the Senate. In addition to the exceptions above, the new rule does not apply to either of the following circumstances:

Arguably, the new legislation is not required as the ATO could have used the argument that the taxpayer did not have the requisite purpose or the expenses incurred too early before gaining any income in accordance with the principles in the Steele case or TR 2004/4. Nevertheless, the Explanatory Memorandum to the new legislation states that reliance on a taxpayer’s assertion about their current intention leads to ‘compliance and administrative difficulties’ (meaning it is all too hard for the ATO to challenge the assertion) and, as such, the new legislation is required. This, unfortunately, adds considerable complexity to an already complex rule in this area.

All are not lost for the expenses that are denied deductions under the new rule as they may be included in the cost base of the vacant land for CGT purposes.