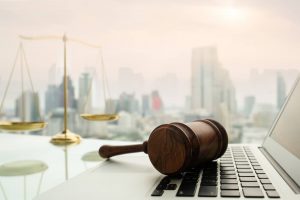 In applying the multi factor test, a court would look at the terms of the parties’ formal contract or agreement but that was only one factor to be considered and in some cases was treated as a relatively minor consideration.

In two recent decisions, the High Court held that in order to determine whether a person is an employee or independent contractor it is necessary to examine the rights and obligations established under the contract governing the relationship between the parties.

The High Court, by majority, overturned the Full Court decision and held that the backpacker was Construct’s employee established by the terms of the written contract, being the ASA, which provided for Construct to control all aspects of the backpacker’s work.

The second decision in ZG Operations & Anor V Jamsek & Ors concerned two truck drivers who were originally engaged by a company as employees and drove the company’s trucks. The contractors purchased their own trucks and setup partnerships with their respective wives. Each partnership executed written contracts with the company for the provision of delivery services and invoiced the company for its delivery services.

The High Court unanimously overturned the Full Court decision and held that the truck drivers were not employees of the Company. A majority of the High Court held that where parties have comprehensively committed the terms of their relationship to a written contract, to the extent that the contract is not a sham or otherwise ineffective under general law or statute, the characterisation of that relationship is governed by reference to the rights and obligations of the parties under that contract.

In both decisions it was the actual rights and obligations established under the contract which were relevant to the analysis. These decisions highlight the importance of closely considering the terms of any contractual agreements between businesses and contractors to establish whether a person is an employee or independent contractor.

The terms of the contractual agreements should be followed in practice to avoid arguments that the arrangement is a sham or that the written contract has been varied.

If you have any queries on the Employee/Contractor distinction please call Rachel Dalton.