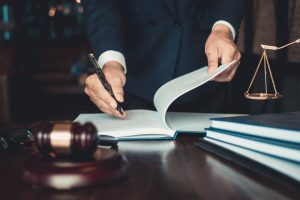 On 6 April 2022, the High Court delivered the long-awaited decision in FCT v Carter [2022] HCA 10. This is a landmark decision on the interaction between trust distribution disclaimers and the assessability of such distributions under section 97 of the ITAA 1936.

In the context of trusts, if a person chooses not to accept a trust distribution, the rejection of the trust distribution is referred to as a disclaimer. For an act of disclaimer to be legally effective, it must be done within a reasonable time of the beneficiary becoming aware of the relevant present entitlement or gift. Further, the beneficiary must not do any act, matter or thing inconsistent with its rejection after such awareness. Such an inconsistent act would include calling for the money due to that beneficiary.

The decision FCT v Carter considered whether a legally valid disclaimer by a beneficiary of present entitlement to income of a trust was effective for the purposes of section 97 of the ITAA 1936. In this case, the High Court did not accept that the disclaimer was effective from a tax law perspective and that the amount made presently entitled was assessable under section 97. The facts of the case have been summarised below.

On 27 October 2015, the Commissioner issued an amended assessment for the 2014 income year including the amended trust income as income of the default beneficiaries.

The case was appealed at the High Court level. The Court held that Division 6 of the ITAA 1936 taxes a resident beneficiary who is ‘presently entitled’ to a share of the income of the trust estate immediately before the end of an income year, and the term ‘presently entitled’:

Notwithstanding that a beneficiary could subsequently disclaim their interest (in a legally effective manner), the beneficiary had a present legal right to demand and receive payment of a share of the income of a trust estate. The plurality in this decision (Gageler, Gordon, Steward, Gleeson JJ) highlighted the unfairness of the decision and indicated that the relevant section in the legislation should be amended to fix this issue:

“… the construction which has been adopted means that a beneficiary might be presently entitled at the end of an income year but be unaware of it. That unfairness arises because Div 6, and s 97(1) in particular, is drafted to tax a beneficiary by reference to present entitlement, not receipt.”

This decision highlights the importance of the present entitlement that exists at 30 June and the inability to retrospectively change the status of this entitlement. For a trust distribution disclaimer to be effective from a tax law perspective, it needs to be undertaken before 30 June of the relevant year.

In practice, this is an unlikely scenario as the present entitlement is commonly determined at the end of the year and the relevant beneficiary may not be aware of such entitlement. As highlighted by the comments made by the bench in the FCT v Carter decision, there is a need for a legislative amendment to the trust tax law provisions to rectify this issue.

If you have any queries in relation to the above, please contact Gaurav Chitnis.